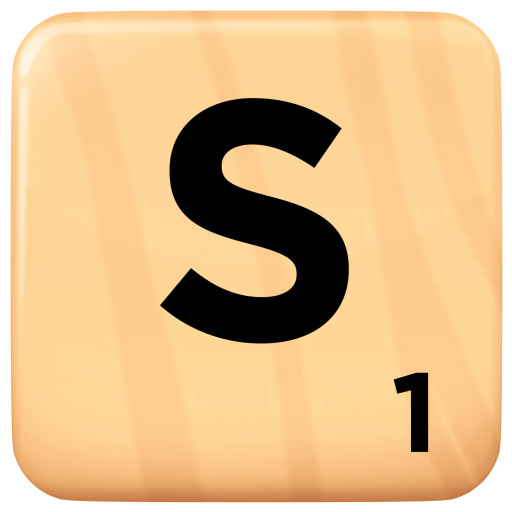 NO PURCHASE IS NECESSARY TO ENTER OR WIN A PRIZE. A PURCHASE OR PAYMENT OF ANY KIND WILL NOT INCREASE YOUR CHANCES OF WINNING. VOID WHERE PROHIBITED OR RESTRICTED BY LAW.  PLEASE READ THESE RULES CAREFULLY. AS EXPLAINED BELOW, THE RULES REQUIRE THAT DISPUTES ARISING OUT OF OR RELATING TO THIS CONTEST BE RESOLVED IN ARBITRATION ON AN INDIVIDUAL BASIS, RATHER THAN BY CLASS ACTIONS OR JURY TRIALS, AND LIMIT YOUR RIGHTS AND REMEDIES IN THE EVENT OF A DISPUTE.

To enter the Contest, players of the Scrabble® GO mobile game will receive an in-game message(s) during the contest period containing the link to a post on the official Scrabble® GO Facebook page: https://www.facebook.com/ScrabbleGO with the following steps to enter: The main design for a Scrabble GO Tile is for the back of the Tile. However, as seen in the Snowtime Collection example, you can also add some design elements to the front of the tile. Sponsor reserves the right to disqualify any Entrant’s entry that it deems, in its sole discretion, to be a violation of the Official Rules or that is not in keeping with Sponsor’s image or which communicates messages or images inconsistent with the positive images and/or goodwill to which Sponsor wishes to associate. Sponsor is not responsible for a lost, interrupted, or unavailable network server or other connection; miscommunications; failed phone or computer or telephone transmissions; technical failure; jumbled, scrambled or misdirected transmissions; late, lost, incomplete, delayed, or misdirected entries; or other error of any kind whether human, mechanical, or electronic. False or deceptive acts or entries, or entries generated by script, macro, or other automated means will be void, will render a participant ineligible, and also may result in the participant no longer being allowed to enter the Sponsor’s contest, contests, or other promotions in the future, at Sponsor’s sole discretion. All entries submitted become the property of the Sponsor and will not be acknowledged or returned. The entrant must provide all information requested. Incomplete, unreadable, or unintelligible submissions will be disqualified. All information submitted by Entrants is subject to and will be treated in a manner consistent with the Scopely privacy policy accessible at https://scopely.com/privacy/. By participating in this Contest, entrants hereby agree to the Scopely collection and usage of their personal information and acknowledge that they have read and accepted the Scopely Privacy Policy. Participation in the Contest constitutes the Entrant’s understanding of, full and unconditional agreement to, and acceptance of these Official Rules. The sponsor reserves the right to disqualify any Entrant that the sponsor determines to be in violation of any term contained in these Official Rules. The sponsor’s decision not to enforce a specific provision of these Official Rules does not constitute a waiver of that provision or of the Official Rules generally. All Entries submitted in compliance with these Official Rules and not disqualified are considered “Eligible Entries”. All Entry materials become the sole and exclusive property of the Sponsor. Entries will not be returned.

All Entries submitted in compliance with these Official Rules and not disqualified are considered “Eligible Entries”. All Entry materials become the sole and exclusive property of the Sponsor. Entries will not be returned. By making a video submission, you hereby grant to Sponsor a royalty-free, irrevocable, perpetual, and worldwide license to use and display the Entry. Further, by submitting an entry, you give Scopely the right to use the entry for any other promotional purposes.

Weighting will be equal for the above criteria where each category carries 25% of the final score. The Sponsor shall make the determination of the Winners based on the scores provided by the official judges, and such determination shall be final and binding. Sponsor reserves the right to extend the Contest Period and the right to select fewer than the stated number of Winners, if, in its sole discretion, it does not receive a sufficient number of eligible and qualified Entries. Winners will be notified via in-game messaging. By taking part in this Contest you agree to be bound by these rules and all decisions of the Administrator and Sponsor, which are final and binding on all aspects of the Contest.

No substitutions or transfers of a prize, except at the Sponsor’s discretion.

All federal, state, and local taxes and any other costs and expenses associated with acceptance and/or use of the Prizes not specifically provided for in these Official Rules are solely the Winner’s responsibility. The odds of winning the prize depend upon the total number of submissions during the contest period.

CAUTION: ANY ATTEMPT TO DELIBERATELY DAMAGE THE GAME (Scrabble® GO) OR RELATED WEBSITES OR UNDERMINE THE LEGITIMATE OPERATION OF THE CONTEST MAY BE IN VIOLATION OF CRIMINAL AND CIVIL LAWS AND SHALL RESULT IN DISQUALIFICATION FROM PARTICIPATION IN THE CONTEST. SHOULD SUCH AN ATTEMPT BE MADE, THE SPONSOR RESERVES THE RIGHT TO SEEK REMEDIES AND DAMAGES (INCLUDING ATTORNEY’S FEES) TO THE FULLEST EXTENT OF THE LAW, INCLUDING CRIMINAL PROSECUTION.

This contest is in no way sponsored, endorsed, administered by, or associated with Facebook. You understand that the information you provide in connection with entering the contest is being provided to the Sponsor and/or Administrator and not Facebook. Any questions, comments, or complaints regarding the Contest should be directed to Sponsor, and not to Facebook.